Ok, I must say this is something that rather interests me, because I have been blogging since I was 13, and my first blog was on security and hacking niche.

Well no, Deep web is not hacking from any angle, but it’s just something that interest me in general because of its nature. And that is the reason why I am covering how to access the Deep web in this article

What is the Deep Web?

So technically, The Deep web was not something defined by the scientists firmly, instead it has many other names. Some of them are:-

I guess you already have figured out what is the Deep web consists of, right? I mean all those names where is self-explanatory anyway

So ok the Deep Web is a kind of section or area of the Internet which is not accessible normally by searching for a query on the search engines. It’s hidden, simple as that.

So no doubt it’s called the hidden web, because its hidden from the generals users, it’s not any general website which you can just Google in and land on it, so that is the reason I had to write this article on how to access the Deep web because accessing it is not as straightforward as reading a post on the New York Times.

But before venturing into that, don’t you want to know how the term came into being? Well, it was coined by Mike Bergman in his article titled “The Deep Web: Surfacing Hidden Value”.

So long story short the Deep web is a section of the Internet that holds websites which are not up for public access, are at least not to be accessed by general methods of accessing websites.

The websites that are contained within the Deep web and not indexed or cannot be indexed by the normal search engines like Google, Yahoo, being, etc.

But well then again, you should not confuse the last line for example if there is a normal website that cannot be indexed by Google for certain reasons it does not mean it is the Deep web.

I know you wouldn’t ask this, ever, or else you wouldn’t have been on this page, but still I’m going to answer it, just because I take it as my responsibility of writing this.

Well, now you shouldn’t be confusing Deep web and Dark Web. The deep web is just un-indexed pages of the internet that might not be harmful to you, but the dark web mostly contains of Illegal and black market stuff, so it’s not anyway “legal” to be accessing them.  Well here’s something that can explain it better to you:-

Which, is the troublemaker. Because as I said, the deep web is okay but the dark web is totally illegal, so if you aren’t actually a “great hacker” and are just “feeling like it”, well in that case chances of you getting busted, screwing your identity up, and landing in a jail is pretty high (I’m just kidding, the Jail part is just me exaggerating things).

But if you’re seriously interested only in something like “how to get on the deep web” and not the dark one, well you’re most welcome because that isn’t illegal and it doesn’t contain information that might make or break the world.

It just contains hidden files, that might not be up for general search results, so well lets look at how to get into the deep web.

You’ll Need TOR, So What is TOR? 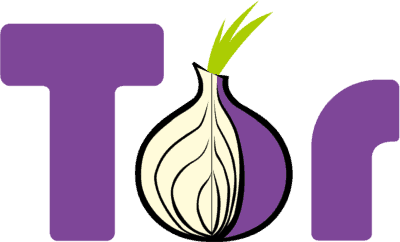 So Tor is just a browser. (Ah I’m just kidding, it can’t be so simple, right?)

TOR is an advanced kind of browser, that masks your internet activity, by using relay connections that are sent up by volunteers around the web. (Ah it’s complicated, huh?)

Okay so in the simplest possible words, TOR is a browser that’s like your “Ignito mode“, but just advanced, a lot more advanced. It hides your internet activity from anyone who might be watching.

And additionally, it hides your identity and location from the sites you visit. So it’s like a two-way protection system for anything you do online. Well yeah that’s just as simple as I can explain it.

So well you need TOR because you’ll be accessing something that the creators of the sites don’t want to be generally accessed, so you need to hide who you are and where you are from, right?

It’s not as hard as it might look like, because afterall those files and sites exist on the internet, and anything that exists can be found! The methods might be different, but there surely is a method.

So that’s why let me show it to you how you  can access the deep web in as little as two steps!

Download Tor Browser Bundle from the link. (Did I mention? It’s free!)

So once you get that, you can get into the TOR directory for hidden services and websites. Well I’ll just list out some links of the directories for you to get started.

So yeah that was about it folks. I’m guessing you’re over your doubts on How to access the deep web, huh? Well, you can thank me later, for now, go and try it out. I’m most excited to hear how it goes with you and what you discover.