Facebook Messenger is one of the world’s most popular mobile messaging services today. This app is the only way to send mobile messages on Facebook. Even though users initially hated it, but now with the embellishment of this app is has become one of the top-ranking smartphone apps.

If you are a messenger junkie and use it more often then you may be interested to know there’s a lot more you can do besides typing. Messenger has consistently upgraded a slew of new and entertaining features for its users.

Now, not many of us might be knowing that Facebook Messenger has emerged with a number of hidden Facebook games. Hidden? Yes, you heard it right. They are hidden for a reason and unearthing it is a piece of cake. Even an infant will be able to locate it.

Facebook Messenger basically launched this game to celebrate the college basketball’s March Madness tournament.  Enjoy the March Madness fever with this hidden minigame inside the Messenger app. This game makes for an amusing activity in case you are really bored.

All the Facebook Messenger games are present by default and do not require any installation. Take a look at How to play a basketball game on Facebook: 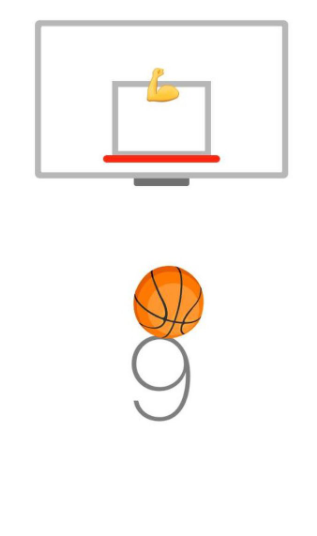 A lot of times it happens that you want to get away from a boring conversation. So, what comes to the rescue are hidden secret games which are present on Facebook’s Messenger App.

Basically, it is a playable basketball game that can be accessed by sending a basketball emoji and tapping it. Take a look at How to enable And Play Facebook Messenger’s Hidden Basketball Game:

It may not be as easy as it seems, as more the points you score, the difficulty level elevates. But then, this game is surely a high time entertainer and will lift the mood of everyone in the group playing the game. Once you start playing it, this game becomes an addiction.

All of these are basic swipe-based ball games but are interesting enough to keep you occupied.

From calling an Uber or editing photos to receiving news and shopping to playing these lightweight games against friends, there is nothing that Facebook Messenger is not capable of doing. Although this isn’t the first game that Facebook has released on Messenger, then it’s much easier to access than all other games.

The only drawback about these games is that they are not solo operative. You need friends to play these games. But, then what are friends for! And yes, the game is mobile-only. So you cannot play it on your desktops.

No matter which game you play on Facebook Messenger, make sure you have the latest version of the Facebook Messenger app on Android or iOs. So, all those Basketball fans just enjoy and pretend you’re good at sports with this hidden basketball game!