How To Prevent Emails From Going To Spam? Fix Low Open Rate 2023

I’ve been managing an email marketing campaign for one of my clients for nearly three years. I started by creating a list on her behalf (she is a massage therapist) on Aweber, and then adding a sign-up form to her website.

We used a “$7 off your first visit” coupon as a hook, getting people to sign up for her list and getting the coupon they could use on their first visit to the spa. 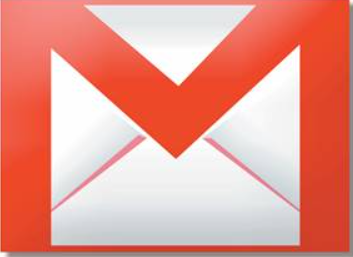 It’s been working tremendously well all that time.

In fact, it allowed her to build a list of over 2500 in a short period of time, and the list has been very responsive, routinely seeing open rates over 30%.

Of course, we’ve been very careful to never spam the list, only sending highly relevant, valuable offers. We also sent only sporadically, never more than twice in any given month.

Bottom-line… this was a great campaign in all respects, a community of interested and even hungry buyers.

So, what happened? Last week, it all went south.

I sent a message with an offer for Father’s Day, the kind of offer that should have gotten a great response, and an open rate well over 25%, with plenty of clicks, and lots of conversions.

So, I did what all good email marketers do… I waited a couple of weeks and sent a different email.

The results were about the same. In fact, a bit worse. Now, i was more than surprised, I HAD to figure out what happened.

After all, here’s a list that’s generating high responses, and open rates always in the high twenty percent range, often much higher, and now all of a sudden it’s below ten percent.

Would you need to figure it out, too?

Of course you would! So, I took an in-depth look, and here’s what I found.

The first thing I noticed…

Two spam complaints on the first message, and three on the second.

What’s up with this, I asked myself?

After all, she almost never had anybody complain about SPAM before, and never more than one for any given message. Now, she had five in two messages.

So, I checked deliverability.

In other words, were her messages getting through?

I found out they were NOT, but rather were frequently getting sent into people’s spam or garbage email folders. Once people had clicked those spam complaint buttons a few times, Google (and likely others too) had started labeling my client’s messages as spam.

Hence the low open rates. Now I had something, and I had an idea what the problem was, and how to correct it.

So, what was the issue?

How To Prevent Emails From Going To Spam?

Simple, once I started thinking about it. When people signed up to the list, they were expecting a $7 off coupon.

They were NOT, however, necessarily expecting to get signed up to receive my clients’ marketing messages. of course, many folks DID expect and want the messages, but there were a few, a very few mind you, from out of town, who had no use or desire for the messages, and that was all it took.

Apparently, you only have to piss off a small handful of people to get labeled a spammer.

Now that I knew what my problem was, I needed to fix it. I did that by making a few simple, but super-important changes.

“By submitting your contact information, you understand that you are being added to an email list and you agree to receive periodic offers and discounts from us. We will NEVER spam you or share your information with anyone.”

Second, in the email autoresponse message they received, after signing up, I not only told them where they could download their coupon, I again told them they would be receiving marketing messages, only this time I emphasized the BENEFITS they would get. Here’s the language I used…

“You have now been added to our email list, and that means we will periodically be sending you special offers, savings, and deals, right to your email inbox.

If for any reason you DO NOT want to see these subscriber only offers, please unsubscribe from our list using the “Unsubscribe” link at the bottom of this email.”

By stressing the benefit and the exclusivity of these “subscriber only offers” AND reminding them of how easy it is to unsubscribe.

I am basically making sure that if they’re not interested in her messages, they’ll remove themselves from the list, rather than complaining about it at some future date.

I’m therefore improving the overall quality of the list, hopefully making it even more responsive than it was before.

I’ll be keeping a close eye on this, and I’ll write again when I can report on the results.