Not a single computer in the world exists without Microsoft Office. Microsoft Office is one type of software or we can also say database software because it allows users to store data in different ways and formats.

Microsoft Office is required by people’s, i.e. From a small child to a big businessman. Microsoft Office comprises many applications like MS Word, MS PowerPoint, MS Access, MS Excel, and many more. 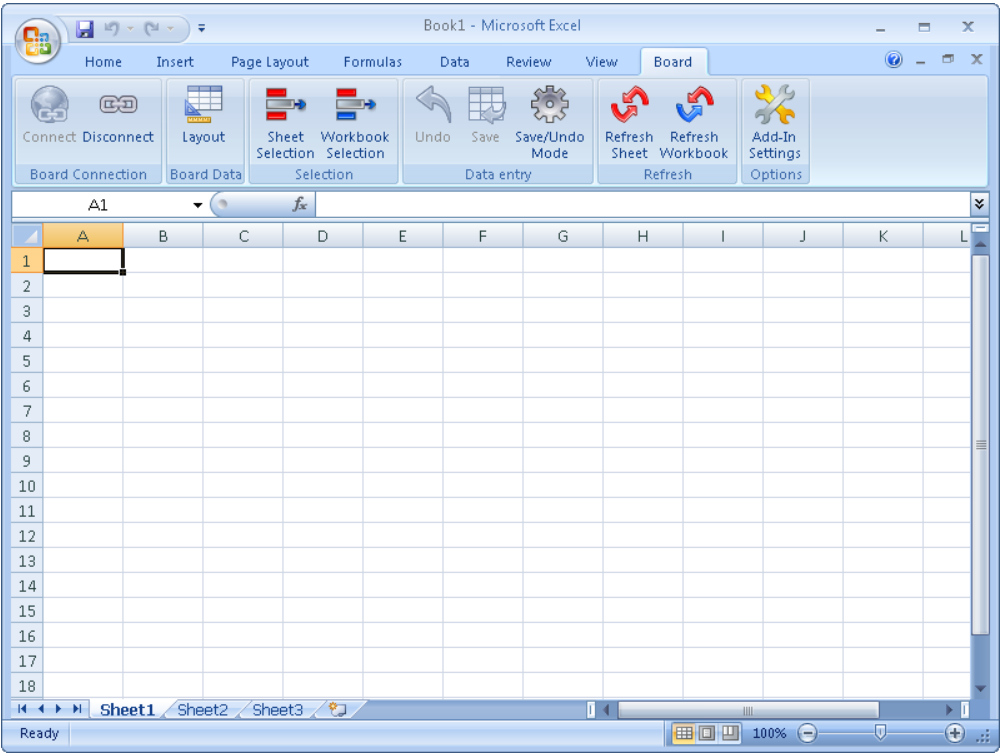 F5:: This will populate the “Go-To” box. Enter the cell address ( B23, HH1234..) you want to enter and that particular cell will be highlighted.

F7:: Spell-checker – can be used to verify spellings of the text in an excel workbook.

F8:: Once pressed “extended selection” is enabled. Just by pressing the arrow key, we can select a required area. Provides the same features as “SHIFT” is pressed while selecting using the arrow key.

F9:: Recalculate all the formulas in all workbooks. Especially useful if we are using a UDF in an excel sheet.

F12:: Gives the “Save As” dialog box. Very helpful in saving excel files with any other name/ format ( same feature as ALT+F2).

Shift +F2:: Insert or edit comments. It is difficult to edit comments if “show comment” is disabled in an excel sheet. “shift+F2” will help to edit the comment easily.

Shift +F4:: Helps to repeat the last find without opening the find window.

Shift + F8:: Once Pressed “Add to selection” is enabled. Just click the cells you want to select and all the selection is preserved. Provides the same feature as the “CONTROL” key while doing multiple selections.

Shift + F9:: Recalculation of excel formulas only on the active sheet of excel.

Shift +F11:: Inserts a new worksheet into the active workbook.

SHIFT + ENTER:: The data entered is stored in the current cell and selection moves to the next cell Above it.

SHIFT + TAB:: The data entered is stored to the current cell and selection moves to the next cell Left to it.

ALT+F2:: Display the “Save As” dialog box. Very helpful in saving excel files with any other name/ format (same feature as F12).

ALT+F4:: This will close all the workbooks. It will prompt if contains any unsaved data. If we want to close the only active workbook, we should use CTRL+F4.

ALT +F8:: Populated the macro window. We can choose any macro and run it. Very helpful running macro.

ALT + ENTER:: Enter a new row in a single cell. Very helpful if we want to write a data paragraph by paragraph.

ALT + “Page Up”:: Moves the active area of a sheet to the right side by screen width.

ALT + “Page Down”:: Moves the active area of a sheet to the Left side by screen width.

CTRL +F3:: Opens the name manager. This shortcut is not commonly used as we deal rarely with name managers.

CTRL+F4:: Close the active workbook. Same as ALT+F4 ( This is a windows shortcut for closing any open window).

CTRL+F6:: Moves to the next active excel workbook. Same functionality as ALT+ TAB (a windows shortcut for choosing between all active windows) CTRL+F6 selects only excel windows.

CTRL +0:: Hide the columns in the current selection. Very helpful shortcut while designing an excel template.

CTRL+8:: If we are using a grouping of certain rows, There will be an outline near the row header. CTRL+8 can be used to view/hide this outline.

CTRL+9:: Hides rows in the current selection. Column equivalent of the same feature is CTRL+0

CTRL+SHIFT+0:: Used to un-hide the columns if any under selected columns ( hiding columns can be done by CTRL+0 ).

CTRL+SHIFT+8:: This can be used to identify the current region around the active cell. I don’t know what is the use of this shortcut.

CTRL+SHIFT+9:: Used to un-hide the rows if any under selected rows ( hiding rows can be done by CTRL+9 ).

CTRL+A:: Select all the cells in the excel sheet.

CTRL+D:: Fill the content of the topmost row into all the selected cells below that respectively.

CTRL+F:: Display the Find box in an excel sheet.

CTRL+G:: Display the “GO TO” Box. Can be used to navigate to any cell by providing a cell address. Same functionality as F5 and very helpful in navigating in a big excel sheet.

CTRL+H:: Display the “Find and Replace” Dialog box in the active sheet.

CTRL+K:: Display the hyperlink window. Whenever a cell needs to be hyper-linked to other sheets/workbooks, This shortcut becomes handy.

CTRL+N:: Can be used to create a new workbook.

CTRL+O:: Opens the “open dialog” Box. Can be used to open an existing workbook by browsing that file.

CTRL+P:: Fire a Print command of the active sheet. CTRL+F2 gives a Print preview and CTRL+P prints the file.

CTRL+V:: Paste the data from the clipboard to the selected sheet.

CTRL+X:: Cut selected cells. This will cut all features of the excel cell including formatting and formula.

CTRL+Z:: To undo the last update made to an excel file.

CTRL + ; :: Enters Datestamp to the cell. The only Date is entered.

CTRL + SHIFT + ENTER :: Used to enter array formula. Not used in normal cases. Used only when dealing with array formulas.

CTRL + Delete:: Delete the entire content to the right of the current selection. Very Helpful in deleting row by row instead of deleting character by character.

CTRL + /:: Used to find out the current range of array around the active cell. Not useful if arrays are not used and very helpful while working with a sheet containing arrays and array formulas.

CTRL + [:: Highlights the cells directly referred by the formula in the selected cell. Same functionality as the “Trace Precedents” feature in the “Formula” Tab. “Trace Precedents” is more useful than this shortcut since it is giving “arrows” to trace the connections.

CTRL + SHIFT + [:: Highlights the cells directly or INdirectly referred by the formula in the selected cell. Same Functionality as Double-clicking the “Trace Precedents” feature in the “Formula” Tab. “Trace Precedents” is more useful than this shortcut since it is giving “arrows” to trace the connections to any levels.

CTRL + ]:: Highlights the cells directly referred to the formula in the selected cell. Same Functionality as the “Trace Dependents” feature in the “Formula” Tab. “Trace Dependents” is more useful than this shortcut since it is giving “arrows” to trace the connections.

CTRL + SHIFT + [:: Highlights the cells directly or INdirectly referred to the formula in the selected cell. Same Functionality as Double-clicking the “Trace Precedents” feature in the “Formula” Tab. “Trace Precedents” is more useful than this shortcut since it is giving “arrows” to trace the connections to any levels.

CTRL + SHIFT + END:: Extends the selection to the last used cell on the worksheet From the active cell.

CTRL + SHIFT + ARROW:: Extends the selection to a used cell before a blank cell on the worksheet From the active cell.

CTRL + ARROW:: Moves to the next non-empty cell in that direction. Same feature as END + Arrow keys.

CTRL + “Page Up”:: Move to the next sheet in the same workbook.

CTRL + “Page Down”:: Move to the previous sheet in the same workbook.

CTRL + ~:: Displays the Formula in the cell instead of the result of the formula.

A complete list of Shortcut keys for Excel 2013. Use it and Enjoy!!!