Youtube has made quite a number of millionaires over the years, if you have a youtube channel and still aren’t making any money out of it, you are leaving a hell lot of cash on the table.  So plain and simple, I will be writing this piece on how to get ads on YouTube because ads are what make the money for you.

So let’s talk a bit about How to get paid from YouTube, that way you’ll probably understand your revenue potential once you finish this guide on How to get ads on Youtube.

Youtube, is the largest video streaming platform this planet has ever seen, right? So no doubt it’s a billion-dollar thing, what if you could take just a slice, a tiny bit of bite of this billion dollar thing?

Ever heard the name “Pew Die Pie”? Well, he is the YouTube millionaire who makes millions every year, just from Youtube!

And no, he doesn’t teach you how to build a spaceship or something, instead, what he does is he cracks jokes, makes people laugh or plays video-games.

The reason for me mentioning the above stuff was to prove two important things to you:-

Hey calm down, I’m not saying Youtube will make you a millionaire overnight, I’m just talking about the potential here.

Now you’d ask me, how to get paid by youtube? Or how does Pew Die Pie or all the other big players get paid on youtube?

Yeah a legit question, well the answer is, Youtube Ads!

See Also: How to Get More Views on Your YouTube Videos?

Ever heard of Adsense? If you did, then well Youtube ads aren’t a lot different. If you didn’t even then let me simply this whole make money from youtube thing for you.

Youtube is world’s top video platform, isn’t it? Meaning, it has extreme exposure, right? You build a product, got a service, or just about anything, and you want it promoted?

In simpler English, there are companies (and I’m talking billion dollar companies) who launch products everyday, or every week or at any time they wish to, the point is when they do, they need the products promoted, right?

So they pay Youtube a certain amount of money, for a certain number of video ad impressions.

Ever seen one of those short videos that pop up before the videos are played on Youtube? 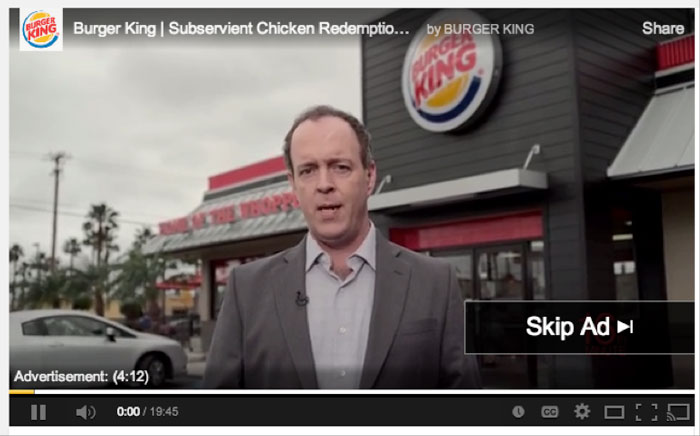 Yeah, that’s what I’m talking about. So see? The Company which wants it’s ads promoted, pays Youtube to do so, and Youtube uses your videos to embed and play those videos for impressions.

And Youtube gets paid for it. So what Youtube does is, it shares a percentage of that commission with you, after all it was “your” video that got them the impression, right?

Now the question arises, how much can you get paid from Youtube?

The answer is, there’s nothing fixed. The commission varies greatly depending on a lot of metrics.

But then again I know people who make as much as $1/25 views!  Yeah, that’s possible! Now just imagine the potential if you have around 10,0000 subscribers? You’re literally looking at free money for the rest of your lives!

You read all of that above, and got excited? Well, don’t! Cause there’s a darker, not much-explored side of Youtube ads, no one tells you.

Well, you get paid only if the user Interacts with the ad, or Watches the video for at least 30seconds! See?

So that’s how Youtube ads work! But in order for them to work for you, they need to be shown on your videos, right?

So yeah let’s take a look at How to get ads on youtube.

See Also: How to Watch Age Restricted Videos on Youtube?

Because, it needs videos to make the money right?

So, head over to your Video Manager.  (Make sure you’re signed in!)

Then click the $ icon next to the video you want to monetize.

Once you do, you’ll be shown the ad placements along with illustrations. Just tick the ad formats you’d like and click on save changes.

Once you do, it’ll go under a review, and if passed, the ads would be shown for your videos! For eg. I’ve selected sponsored cards and all the other formats, so yeah you can do too.

Tip: – Make sure there’s not an iota of copyrighted content over your videos. Not images, not videos not even background music! If you want to add music, Youtube has a cool music and track collection for you, but copyrighted? Nope, just nope.

So that was it folks, hope it catered to your queries regarding How to get ads on youtube or how to get paid by youtube right? You get paid by showing ads, simple as that.

If you still got a question or query, you know the comment box works, right?