How To Create Portable Versions Of Applications In Windows 2023?

How to Create Portable Versions of Applications in Windows? That’s what’s been messing with your head?

Not any more, by the end of this article, you’ll have a clear answer to questions like How to create portable software and How to Make ANY Application Portable.

Now it’s not 1990 anymore, so it’s fair enough for you to seek more “transferable”, “lighter” weights to move programs from one system to another.

I mean who on earth wants to move around with GBs of files and folders just to install an application on another system, right?

So well yeah I’ll answer your questions, but before that let me start from the basics.

What Are Portable Applications?

So okay I know you already know the answer to this question or else you wouldn’t have been reading this article in the first place but let me just humor you.

Portable Applications are applications that can be installed on any system just by executing them. In other words, you don’t need to install them at all, all you’ve to do is, copy-paste the executable (.exe) file, and run it on the system you want to.

Now the “portable” comes from the fact that you can just carry it around in your USB stick or any other portable device, so it’s an application that can be run on any system without the formal time and resource-consuming installation process.

How To Create Portable Versions Of Applications In Windows?

So okay finally down to the section you’ve been waiting for,  I know you’ve questions like How To Create a Portable Version Of Any Software In Windows, and how to create portable games, so this section should address all those questions at once.

The first thing you need to do is, get your hands on a tool that goes by the name of “Cameyo”. 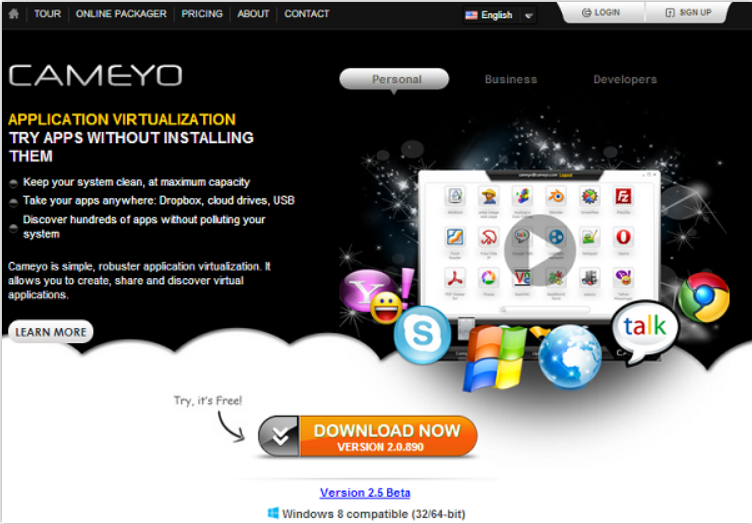 It’s the program that will help you create portable versions of applications, and it’s a portable application in itself.

Meaning you can just get the .exe file and run it right away.

Because we will be using “Cameyo” for the job, and Cameyo works on the principle of “capturing an ongoing installation to create the portable application”.

So you need to install the application fresh if you want the camera to capture it for you.

So once you’ve got Cameyo, open it up and select “Capture an Installation”. 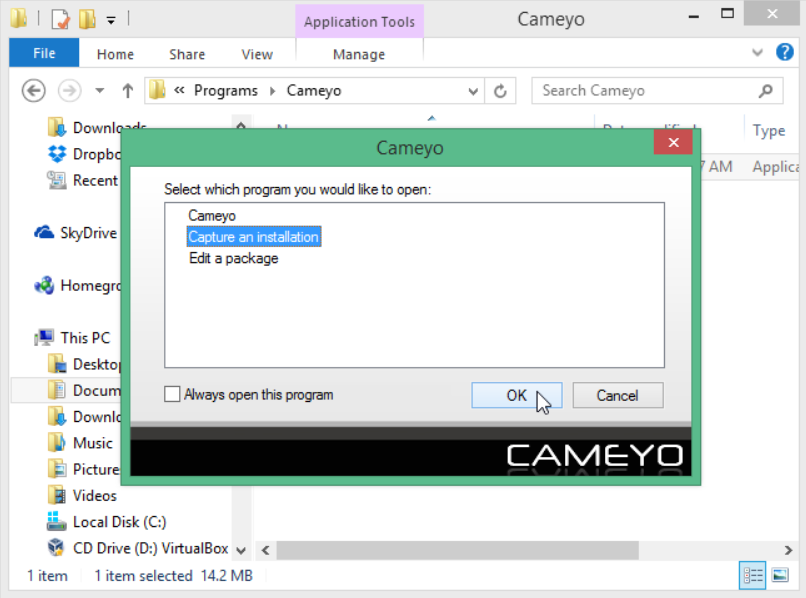 You should see a box like the following screenshot on your right-bottom sidebar, when you do, that’s when you begin installing the application you want to create the portable version of on your system.

Eg. If I’m creating a portable version of Photoshop, I’d make sure it’s not installed on my system, then I’d run Cameyo, and when the above box comes up, that’s when I’ll initialize the installation process.

Install the application normally, as you’d do in any general case, just make sure that your preferences and customized settings are in place because all these settings would get saved in the portable version of the application.

Once the installation is finished, you would want to click on the “install done” button, to let Cameyo know that that installation has been completed. 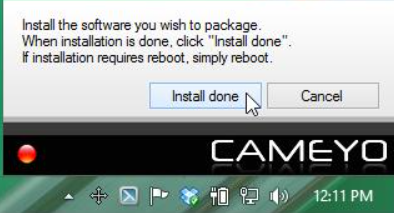 And then finally you should get a dialogue box that informs you about the successful creation of the portable version of the software you were creating.

In order to access the app you just created, you’d need to navigate to:- 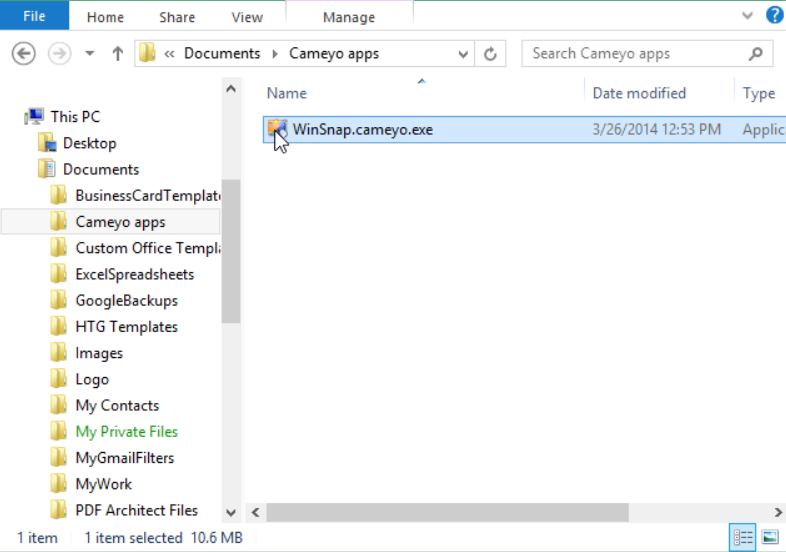 An easier way to do so is just clicking on the “documents” option on your start menu, and then going for Cameyo Apps.

As I mentioned, the same settings you use while installation are saved within the portable application as well.

But there’s an option that lets you tweak some of those changes even after you’ve created an app.

Open the Cameyo app, and you can see its other modules right there. You should click on the option saying Edit a package. 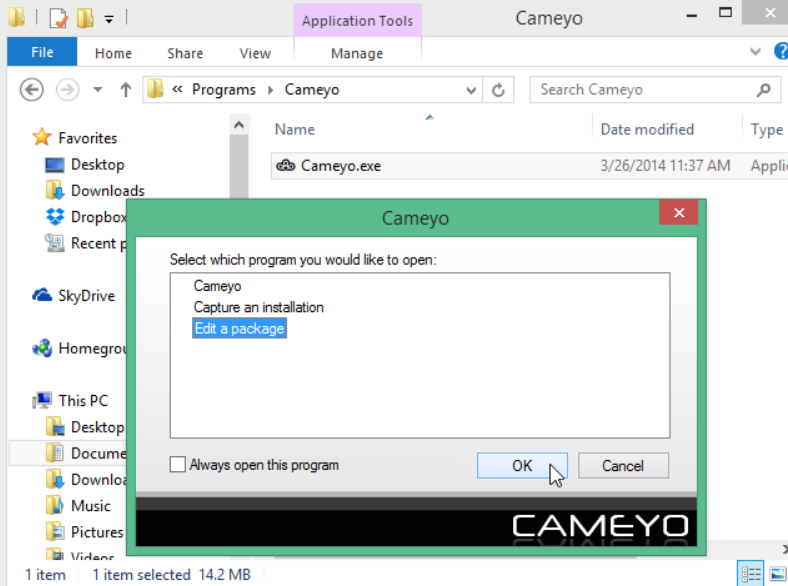 The next option you need to click is “Open existing virtual app”.

Select the application you want to modify, and you’d get quite a number of options for it. 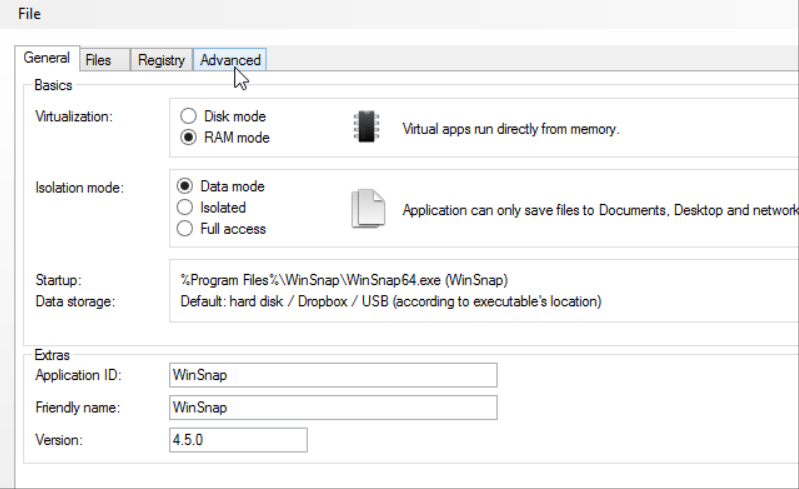 And there’s even an “Advanced” tab, which deals with how the application interacts with the computer and what kind of traces it should leave behind. 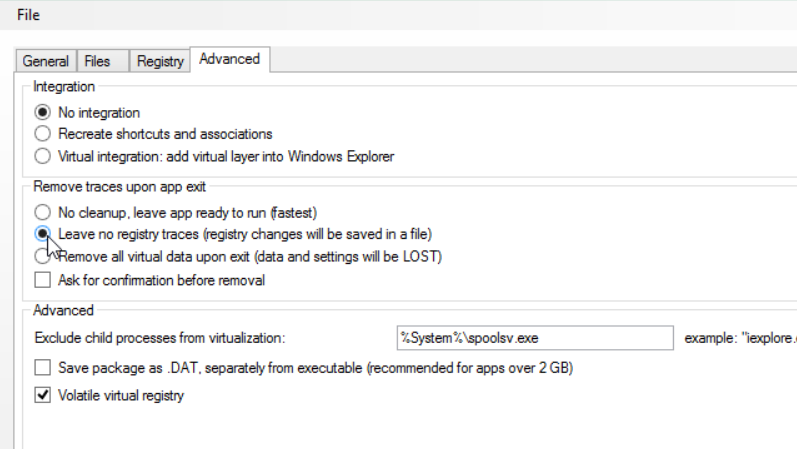 The bottom line being, you can not only create portable apps with Cameyo, but you can also edit/modify them later according to your needs.

And that’s not all, Cameyo has 2-3 other modules like “studio” and “library” but I’m not discussing them here because they aren’t related to the scope of this article.

Conclusion | How To Create Portable Versions Of Applications In Windows 2023?

So that was all I had on How to Create Portable Versions of Applications in Windows folks. I’m sure this piece should’ve helped you solve your problems regarding portable app creations.

Although I do understand that there might be a couple of issues you might be facing with Cameyo. So if you’re stuck somewhere, do let me know and I’ll try my best to sort them out.

Disclaimer:- I or knowledge age are in no way affiliated with Cameyo. So feel free to use any other app to create a portable version of your windows application, I’ve used Cameyo only as a source to explain the steps to you. It’s one of the many possible solutions.

Finally, I wouldn’t mind if you decide to hit the share button and spread the word around. How to Create Portable Versions of Applications in Windows?